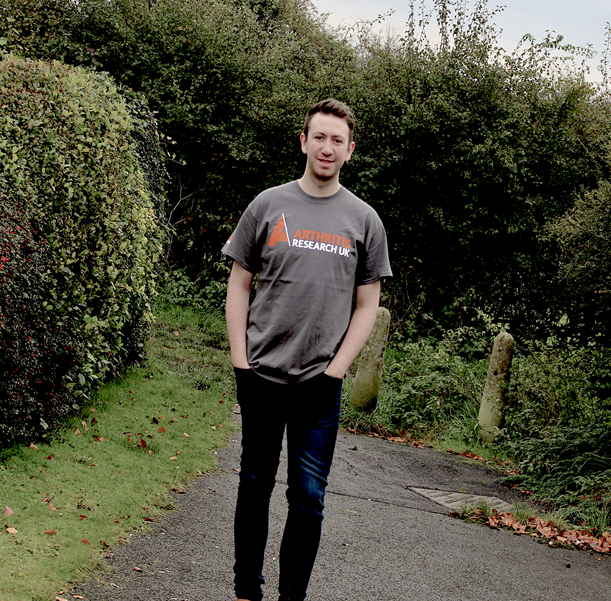 “You're looking so well". If only I had a pound for every time that I heard that sentence. I'd probably be a millionaire by now, sat on my private yacht in the Bahamas! As I snap back into reality – that is, drizzly Manchester, I find myself frustrated by the invisible illnesses that drive me to despair. They take me to the dark and lonely corners of existence. They torment my mind and my body - day in, day out. Yet, they are illusive and inconspicuous. They thrive on making my life hell, while suggesting to others that things couldn't be better. Unfortunately, this is the reality for many people living with invisible illnesses.

In one sense, I feel lucky to have lived with invisible illnesses for the entirety of my life (of what I can remember, that is). I cannot remember a day without my conditions, and so a day without them wouldn't be my life – the one that I have grown to love. Of course, I would prefer a clean bill of health, but I empathise with those who are diagnosed with health conditions later in life, and who must then adapt their lives to account for the uncertainty that ill health has suddenly imposed upon them.

My journey with arthritis began in 1996, when at the age of three, I was diagnosed with juvenile idiopathic arthritis (JIA), a form of childhood-onset arthritis. Unlike many children who remain undiagnosed for several years, my diagnosis was unusually quick, thanks to my mother who herself has osteoarthritis, lupus and a form of muscle inflammation called polymyositis. She noticed that two of my joints (one toe and one finger) were beginning to look 'different'. She mentioned this to her rheumatologist who then examined me and insisted on a referral to a paediatric rheumatologist at Pendlebury Children's Hospital (what is now the Royal Manchester Children's Hospital).

Following a batch of tests, the diagnosis of JIA was confirmed, and not much happened from there. I didn't begin treatment until I was six or seven, as things seemed to be relatively stable. That was, until I had tonsillitis, and things took a turn for the worse. Every joint in my body because hot, swollen and painful. I was prescribed more and more medication to reduce the inflammation. I had steroid injections into most joints – including every finger and every toe. Over the years, I've switched from one treatment to another, in attempts to dampen the disease from damaging my body any further. For the last 13 years, I've been on biologic medicines which I have self-injected. For the last eight years, I've been on my third biologic, which (touch wood) has been more effective at controlling the inflammation, but doesn't seem to influence the pain and fatigue that I experience. While growing up, I was also diagnosed with Crohn's disease, a form of inflammatory bowel disease, and later fibromyalgia, a condition characterised by chronic widespread pain and a heightened pain response. Just when you seem to be getting on top of your illness, another one seems to come along and sends you back to square one! While each condition brings a unique set of characteristics and challenges my way, pain has been a common symptom of them all – and it certainly has tested my patience and strength over the years.

Now, at the age of 23, pain remains a daily component of my life. People often ask why I don't complain more about it – but would you really want to hear me moan and groan all day long about how rubbish I was feeling? I doubt it! Having lived with invisible illnesses for most my life, I trust my ability to manage the physical limitations while planning for every eventuality. Although I feel quite positive about trying to manage my pain, I still struggle to do it effectively. It's always there. Wherever I look, whatever I do. Some days it is better, other days it is worse. It stops me from sleeping. It stops me from working. It stops me from socialising. There are days when it is too difficult to leave the house, and I'll be dosed up on painkillers and heat patches! Yet, people only see and recognise the days when I am out having dinner with friends. The days spent on holiday with family. The days when I am presenting at conferences. No, the pain hasn't disappeared on those days – it's still there. It's always there. I just feel stronger in my ability to hide it on these days. While I need to use medication to control pain (including tablets and topical gels), I try to use other management techniques to help control pain and how I am generally feeling. Heat is particularly helpful, whether it be standing under a hot running shower, or by having a heat band around my back. I also find mindfulness techniques useful, by focusing my attention onto something other than pain.

As a PhD student investigating ways to empower children with chronic, long-term health conditions and their families and an advocate for other young people with arthritis and invisible illnesses, I have my hands full! While respecting the fact that I shouldn't overburden myself, I strongly believe in living life to the full, and I try to reflect that in everything that I do. I want to be successful. I want to see the world. I want to make a difference. Everyone has the right to do so.

I first found out about Cloudy with a Chance of Pain through the Centre for Musculoskeletal Research user group at The University of Manchester, during the early stages of the project when it was in the design phase. I was fascinated and excited by the idea of identifying whether there was any link between pain and the weather, as it has long been a topic of discussion in my family! “I can tell the weather has changed, I'm feeling so achy!" My symptoms were, and continue to seem worse during the cold and damp months. I tend to feel more aches and pains, have prolonged morning stiffness and generally feel 'rough'. I've heard this from other people too, though some people find that warmer weather has a similar effect too. I subsequently joined the study's patient advisory group, helping to user test the mobile app and the sign-up process before it went live to the public. I've always had an interest in using technology to manage and track my health, and I genuinely can't wait to see what the final study results suggest.